With the arrival of Charlotte Perriand in the Parisian studio of Le Corbusier and Pierre Jeanneret in 1927, the three designers began to develop a series of furniture designs. The designs were exhibited at the Salon d’Automne beginning in 1928. This annual art exhibition, which started in 1903 and still takes place in Paris, had a great reputation as a collection point for the latest developments in the visual arts and architecture, especially in the first decades of its existence.

Before 1928, Le Corbusier and Jeanneret had furnished their designs with readymades, including the ubiquitous Thonet chairs. In 1928, the first furniture of their own design appeared in the interiors of Villa Church and elsewhere. In 1929, the trio made a large installation at the Salon d’Automne, where the entire series of furniture that they had developed up to that point was exhibited, in a radiant and purist interior designed by Perriand.

The walls and ceilings of the space were made of steel and glass. A façade of steel frames and glass bricks was placed on one side. 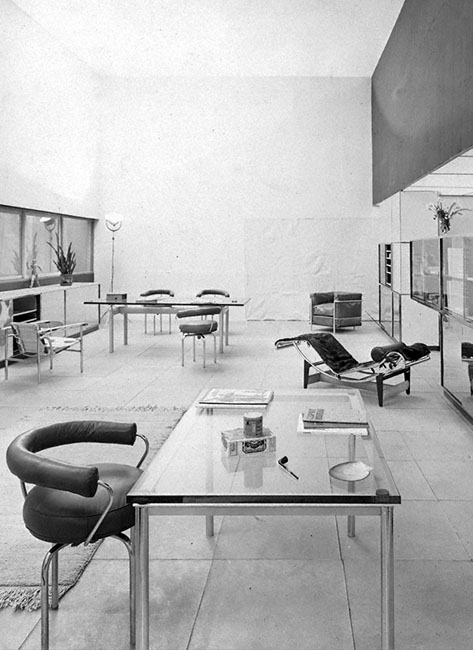