The AvB Tower provides a combination of studying, living and social activities in a single hybrid university residential building, centrally situated at an infrastructure hub directly adjacent to the renovated The Hague Central Station. The architect warrants that ‘a flood of visual contact from within the steel tower out onto the adjacent square will ensure that the tower’s residents are provided a truly urban university living experience . . . thus providing views to the square, the skyline of The Hague, and the North Sea beyond’. The threeyear English-language Liberal Arts & Sciences Bachelor’s degree course in the curriculum of Leiden University College The Hague is established here; it prepares Dutch and international students for prominent positions with international organizations. Following this course of study means studying and living under one roof. In addition to tuition fees, the student also pays for a 27-m2 guest room with its own kitchen unit and bathing facility, where he or she can stay for a maximum of two years, linked to their enrolment at LUC. 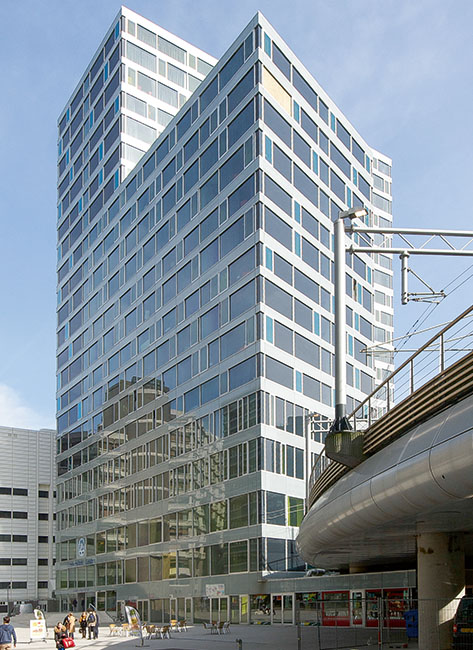