The residential complex for young people in Svartlamoen lies on the intersection between what was until recently a run-down city district and a large-scale industrial area in Trondheim. Here Geir Brendeland and Olav Kristoffersen realized their first building in 2005 – at that moment the largest in the world made of massivtre (solid wood) – as the result of an open competition held in 2003. Their motto was: ‘If it ain’t broke, don’t fix it!’ This project for individual young people but also groups made a statement about Norwegian housing policy, which was entirely market-driven and did not pay enough attention to people of all ages with a low income.

In this project, resident participation, sustainable architecture, freely adaptable space and the innovative use of timber as building material all play a central role. 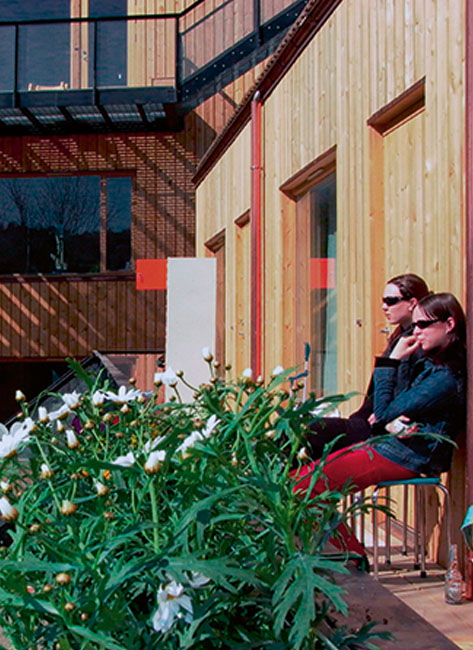