When Yale University in New Haven decided to increase the number of student rooms in the late 1950s, a discussion ensued about whether this should be realized in the form of ‘colleges’, residential communities with shared facilities, or ‘dormitories’, hostel buildings without facilities. Because Yale was primarily seen as a college university, similar to Oxford and Cambridge, and not as a campus university, the decision was taken to build two colleges. The colleges ware named after two illustrious Yale alumni. The design commission was awarded to Eero Saarinen, who had already made several plans for university and commercial campuses, all of them with a strict, modernist orthogonal arrangement.

The assignment to realize colleges was the pretext for Saarinen to create a plan that took as its starting point maximum expression of the residents’ individuality within a collective, small-scale entity. He translated this into building forms where repetition and regularity seemed to have disappeared completely. 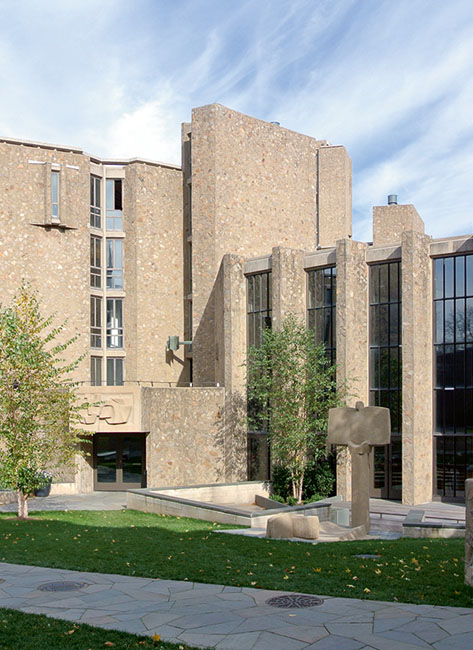