In 1921, the French Minister of Education André Honorat launched the initiative for an ‘international city’ for students, in the green band around the old city ramparts of Paris. Good housing for a growing student population also served the more ideological goal of preventing new wars through international cooperation. France made the land available free of cost, and participating countries could build a fondation in line with their own ideas and budget, to be transferred on delivery to the Cité Internationale Universitaire de Paris.

The Netherlands was keen to be represented in this international arena and seized the opportunity to establish, in addition to residential accommodation for Dutch students, a centre for Dutch and Netherlands East Indies studies, with an active cultural programme. The Collège néerlandais was intended to reflect the image of a self-assured and modern country with a role to play on the world stage. The choice fell on Willem Marinus Dudok as the architect to give shape to these ambitions; he had made an international name for himself with his recently published design for the Town Hall in Hilversum. 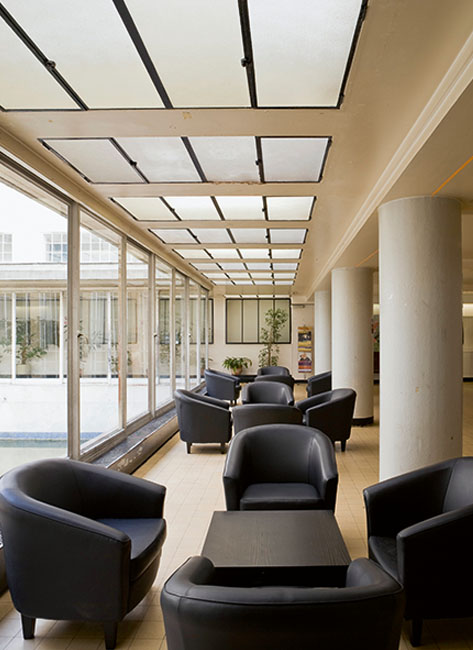