The Residencia de Estudiantes is a milestone in the history of modern Spanish culture, not only because of its prominent residents and guest lecturers (Einstein and Keynes, Le Corbusier and Gropius among many others), but also because of its architecture, designed by Antonio Flórez Urdapilleta.

The project was deeply influenced by the Institución Libre de Enseñanza (Free Institute for Education), a pedagogical mission based on nineteenth-century liberalism and laicism. Flórez himself had been educated by the Institute, and translated its ideals of freedom, openness, health and austerity into architectural forms. Furthermore, Flórez’s Residencia anticipated the ambiguous reception of international modernity in Madrid, its influence and continuity to the present, defined by a ‘realist’ approach and the rational rework of traditional techniques like brick masonry. 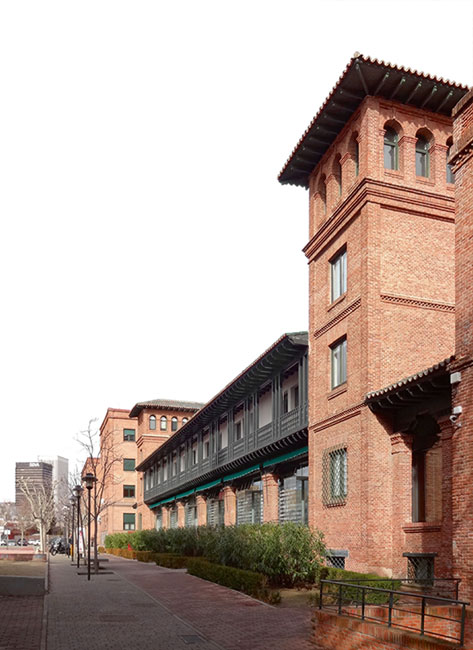