‘A Campus is: a Place Where Everything You Need is at Hand’

Before 2011, anyone walking from the Diemen-Zuid station into the Bergwijkpark district, just outside the ring road in the south-eastern section of the greater metropolis area of Amsterdam, could clearly see the impact of the economic crisis: office buildings no older than 10 to 40 years that were over 45 per cent vacant, drearily surrounded by barriers and empty parking lots. In September 2013, Campus Diemen Zuid opened here, a student campus in American fashion with 936 apartments and facilities of its own, the success of which is already having a positive influence on the rest of the district. Its initiator is André Snippe, whose office is a stone’s throw away. As we speak, some 500 students are already living here on campus and new facilities are being completed every week. 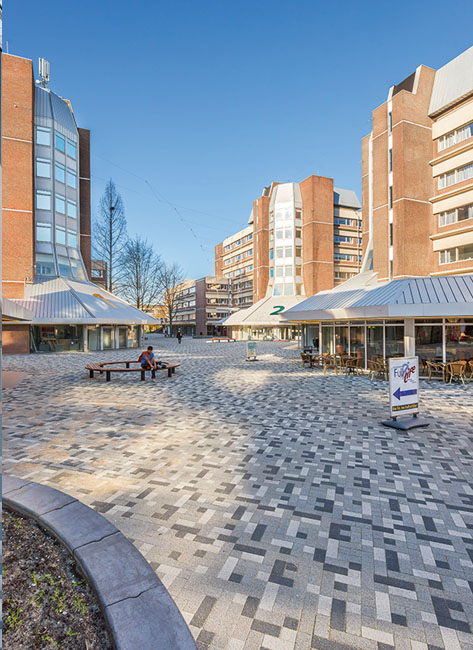