The ‘Egebakken’ complex for senior citizens was initiated around 2000 by five retired couples and friends from the small village of Nødebo, to the north of Copenhagen. They had reached a point where their domestic wishes and requirements had changed significantly: their children had left home so the living space had often become too big, the maintenance of the house and garden cost too much energy and there were limited possibilities for adapting the existing houses for more care.

The couples developed a collective vision of their future living environment and that led to the idea for a large residential collective for active pensioners. The first requirement was a safe and comfortable house based on the ground principles of dwellings suitable for lifelong occupation. The residents also wanted to have easy access to a social network in the vicinity. Architecture firm Tegnestuen Vandkunsten was approached at an early stage, and together, in continuous dialogue, an architectural design was developed for the entire residential community. House buyers had to commit financially in advance and work only started after all the houses had been sold. In 2005, four years after the first initiative was taken, the project was finished.

Eva Storgaard graduated as an architect at The Royal Danish Academy of Fine Arts, School of Architecture, Copenhagen. After her studies she worked as an architect in Brussels and Antwerp. Since 2005 she has been employed as a researcher and lecturer at the Department of Interior Architecture at the Faculty of Design Sciences, University of Antwerp. Storgaard is a member of the Erasmus+ project RMB (Reuse of Modernist Buildings), a project which develops a new European master program. She is co-author of the book Pieter De Bruyne 1931-1987. Pionier van het postmoderne (2012). Recently she started up a research in collaboration with The Royal Academy of Fine Arts Antwerp that examines postwar interdisciplinary exchanges between interior architecture and art in Antwerp. 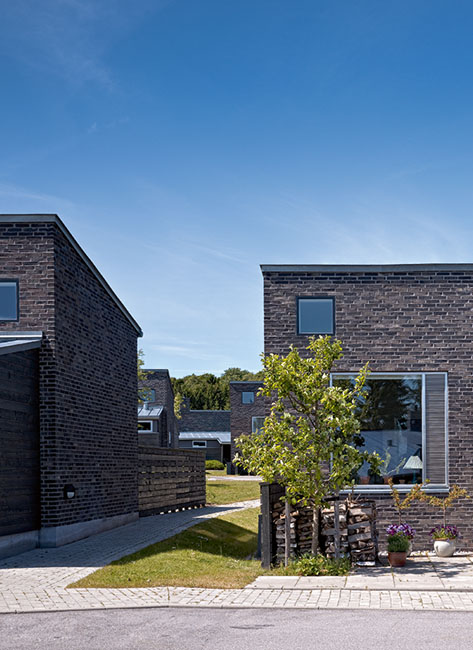