The traditional country houses on Curaçao are adapted to the climate. They make use of the constant trade winds for ventilation and feature covered verandas or porches that allow the wind, but not the sun, to penetrate their living quarters. Today this building tradition is apparently no longer a given in Antillean construction: contemporary homes now require large air-conditioning installations in order to eliminate the heat generated indoors by the sun.

Carlos Weeber, having returned to ‘his’ Curaçao after years in the Netherlands, resolved to develop a way of building that would once more honour Curaçao’s landscape and climate. Rather than referencing the country houses in form, Weeber translates their interaction with sun and wind into a contemporary architecture that makes energy-devouring air conditioners superfluous. His own home in the hills of St Sebastian can therefore be seen as a practical research project into contemporary climate-based construction in the Caribbean. The most important rule, Weeber argues, is not to allow the sun to heat the house. This means the use of glass must be avoided, the roof surface has to be reflective, there must be natural ventilation and the roof must have optimum insulation. Whereas insulation material in the Netherlands is meant to keep heat in, Weeber implements the reverse. When he moved to Curaçao he imported a shipment of Rockwool, with which the roof of his house was thoroughly insulated. The roof of corrugated metal panels reflects sunlight and features projecting eaves so that the sun does not penetrate far into the house.

The elongated house has a southeast/northwest orientation. There are no internal corridors; a row of sleeping and work quarters is located along the northeast side. All the rooms feature wooden ventilating sliding doors. The southwest side of the house opens completely; this is where the living quarters are located, along with the swimming pool on the lower level. The swimming pool itself plays a role in the climate control of the house: the pool is filled from a rainwater reservoir and the evaporation of the pool’s water then cools the air (adiabatic cooling). On the northwest side is the covered porch, which also serves as the entrance and as a living room at night. The northeast wall features small openings, without glass, for ventilation. The other sides of the house feature large façade openings, providing a panoramic view of the landscape. These frames of the landscape are entirely without glass; they can only be closed with roll-down shutters. Only in the kitchen did Weeber allow an exception to his own rules: here, on the wind side and away from the sun, a glass panel was installed. This only window in the house affords a phenomenal view of the surrounding hills.

Dr. ir. Klaske Havik is Acting Professor of the chair of Methods & Analysis at Delft University of Technology, the Netherlands. She has developed a distinct research approach relating the experience and use of architecture and urban space to literary language. Her book 'Urban Literacy. Reading and Writing Architecture', which developed a literary approach to architecture and urban space was translated in Spanish as 'Leer y escribir la arquitectura. Un viaje a travers de la ciudad' (Bogotá, 2016). Other publications include 'Architectural Positions: Architecture, Modernity and the Public Sphere' (2009), 'Writingplace. Investigations in Architecture and Literature ' (2016), and "How Places Speak", in Sioli and Yoonchun (ed), Reading Architecture, Literary Imagination and Architectural Experience, (London: Routledge, 2018). Havik is editor of the architecture journals OASE, and Writingplace journal for Architecture & Literature. Havik’s literary work appeared in Dutch poetry collections and literary magazines.

As a practicing architect, Havik has been involved in the redevelopment of ship wharf NDSM in Amsterdam. In recent years, Klaske Havik has worked with her students on the topic of the "commons" in both European and Latin-American context. From 2015-2017, she was Visiting Professor of Architecture Design at Tampere University of Technology, Finland. For her contribution to the architectural debate, she received the Dutch Architect of the Year Award in 2014. Currently, Havik is Action Chair of the Eu Cost network "Writing Urban Places". 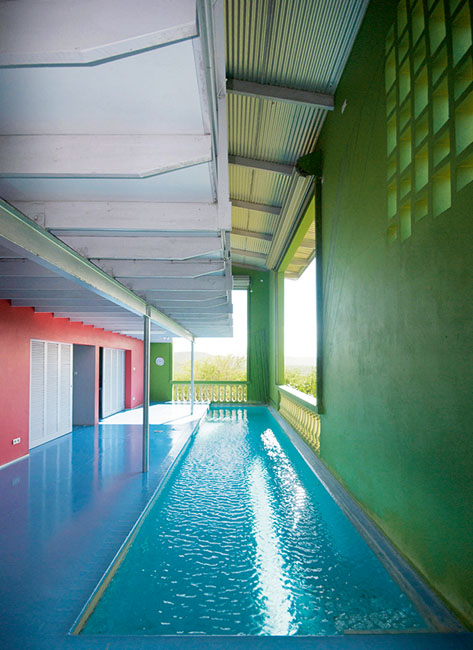