On Design for Disassembly and Reuse

When the SS Normandie was launched in the early 1930s, it was one of the most famous and most luxurious ships of its time. In the end it would only serve as a passenger liner for six years. During the Second World War the US Navy appropriated it for use as a troopship. The ship was crippled by suspected sabotage in 1942. Shortly after the war, a mere 15 years after it had been launched, the ship was taken apart and the steel recycled. The luxury interiors were removed; the doors, the furniture and thousands of parts of the SS Normandie were scattered all over the world. This dismantling did not mean the ship was destroyed; pieces of it survive in countless cities, hotels, churches and homes.

The status of architecture is different from that of shipbuilding; in the collective consciousness it is of another order entirely. Demolition is destruction and the mere announcement of demolition often elicits violent reactions. The question is whether this is always a good thing. Would it not be better for some buildings, however beautiful they once were, to be disassembled into elements for reuse? The pragmatism of shipbuilding can improve the functioning of our cities. It would present opportunities for a unique, new architecture if we showed more daring in slicing into, hollowing out or upending the existing built environment. Reuse of existing structures, and certainly of landmarks, requires a lot from designers, but it can lead to startling, strange and exciting proposals when the dismantling of elements becomes an option.

Anticipation versus improvisation contrasts design for disassembly, in which a second life for construction materials is anticipated from the outset, with reuse, in which second-hand materials are used for construction. Both approaches centre on the process and not the final design. They therefore do not generate new styles or aesthetics, but rather dismantlable prototypes and unexpected architectural improvisations. The motivation for reuse and design for disassembly is the necessity for a more frugal use of materials. Not just to prevent the production of waste material, but also because of the impending shortage of raw materials. 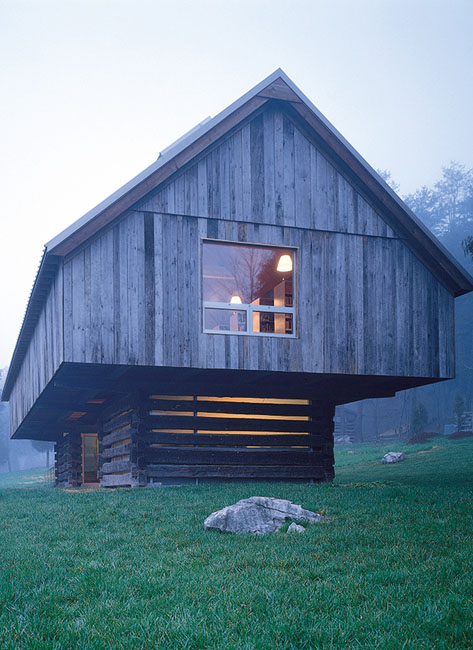