The bombing of Rotterdam in May 1940 largely obliterated the centre of the city, including the Oude Haven (Old Port). Work immediately began on reconstruction. The Witteveen Plan, named after municipal architect G.W. Witteveen, was adopted in the same year as the bombing. After a general building freeze in 1942, the Plan became the subject of debate. It was followed in 1946 by C. van Traa’s reconstruction plan, modelled along more modern lines. During the postwar years the construction of major expansion estates such as Pendrecht and Ommoord alleviated the housing shortage, while (infrastructural) projects such as the Groothandelsgebouw, Lijnbaan and Coolsingel appeared in the centre. However, the area around Blaak and the Oude Haven remained untouched until the 1970s. Architect Jaap Bakema received the commission to design a library in the district, and Piet Blom a large housing estate, only in 1975. 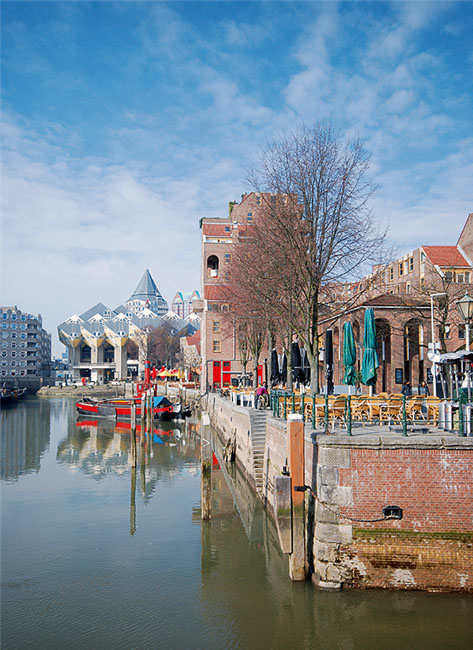