In 1921 the rapidly growing city of Amsterdam took over Watergraafsmeer polder, hitherto an independent entity. The polder was already the object of a large-scale, planned expansion of the city, whose layout employed the then customary pattern of long, relatively shallow housing blocks. One exception to this pattern was a block between Middenweg, the original central axis in the polder parcellation, and a newly constructed road, Linnaeusparkweg; the large size and depth of this anomalous block were the product of older buildings along Middenweg and a side street with low-rise working-class homes (now Linnaeusdwarsstraat). The spacious, enclosed site wad acquired in 1918 by the Roman Catholic parish of the Holy Martyrs of Gorc kum to build a church. The area not required for the church wad sold as housing land to the Roman Catholic building contractor J.J.L. Rozestraten, who developed the site and rented out the new homes. This not only enabled the parish to generate extra income to finance construction of the church, but also expanded the base for parish life by importing (large), Catholic families into the neighbourhood. In 1924 Alexander Kropholler (1881-1971) was awarded the commission to design the entire complex. A self-taught individualist who had converted to Roman Catholicism in 1910, Kropholler enjoyed a reputation for designing schools, churches and housing complexes. 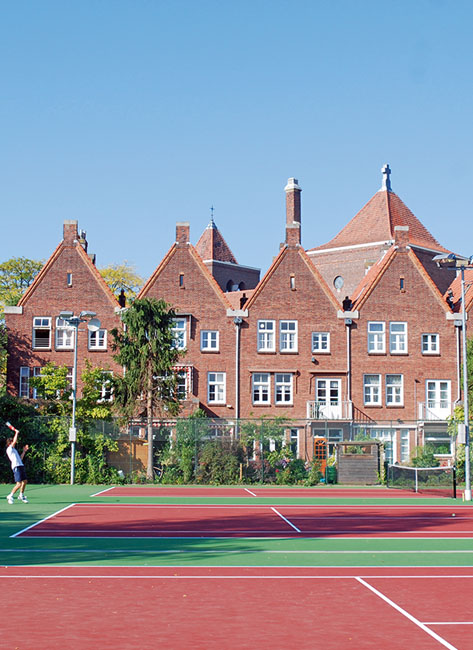