During the history of modern architecture the large-scale urban project has been declared dead quite a few times, and not by its least thinkers. Peter Smithson, for instance, would state as early as 1962 that the ‘whole city as big building metaphor’ was a mistake,1 and in 1976 Reyner Banham published his famous history of the megastructure writing that the megastructure concept was ‘autodestructive’, and had ‘proven to be a self-canceling concept’.2 Nevertheless, with the ‘noughties’ of the twenty-first century behind us, we are not only witnessing the ongoing revival of the 1960s, we actually see such projects being built again. Steven Holl’s Horizontal Skyscraper ‘floating’ over the Shenzhen landscape, for instance, could easily be mistaken for a late version of the ‘random aesthetics’ proposed by Alison and Peter Smithson to accommodate the new ‘patterns of growth and change’, of which their 1953 version of the Golden Lane project is the best-known example. Yet it is not just in the booming economies of the East where we find that the large-scale project is the way forward. Also in European cities smaller and bigger offspring from those superstructures, megastructures, Grossformen, clusters, mat-buildings and Kasbahs are being built, despite the populist call for neo-traditionalist cityscapes. Think of OMA’s design for the Rotterdam town hall, Jürgen Mayer’s Metropol Parasol for Seville, SANAA’s labyrinthine interiors, or any project by MVRDV. Even in a historic city like Amsterdam there are a bunch of large-scale projects, which seem to be nothing but superstructures in disguise. These are mostly urban redevelopment schemes such as Frits van Dongen’s Funenpark, or, an early example, Kees Christiaanse’s design for the GWL-terrein. Also the Java-island development by Sjoerd Soeters, dressed up as a contemporary version of canal housing, is typologically speaking a modernist superblock with endless underground parking garages and built in one go by one building consortium, albeit of course in a language much more fit to Dutch bourgeois taste than say the monumental Bijlmer housing estate of the 1970s. 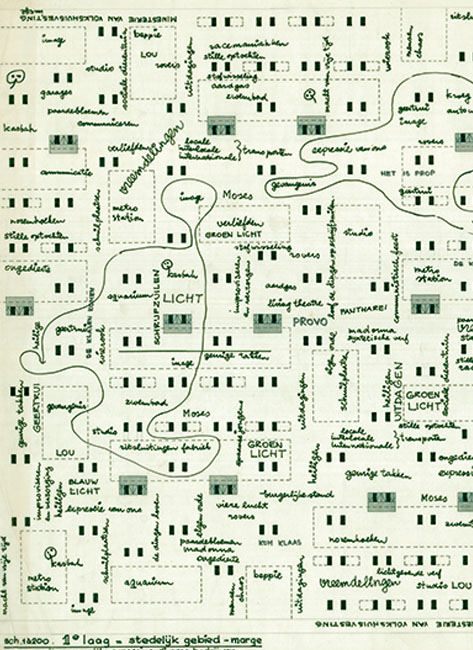