Streets in the Air

The visitor leaving St Paul’s Cathedral, pausing at the head of the steps and looking west, faces a street, Ludgate Hill, that drops downhill to the valley of the culverted River Fleet some 6 m below. The street beyond then climbs again to become Fleet Street and passes the now-abandoned palatial offices of the national newspapers, behind which on either side are the Inns of Court, home of the legal profession and early escapees from the City’s boundaries. The street continues, level, with occasional shallow turns to the left, to follow the bank of the River Thames now some 200 m to the south. At Aldwych, a Roman vestibule opens into the expansive courtyard of Somerset House, an eighteenth-century redevelopment of one of the sites of the bishops’ palaces which in the Tudor period lined the slopes between street, the Strand, and river. Separating these, the slopes are now cut by narrow streets and alleys that provide downward views of the water. Further along, however, a broader opening, Adam Street, extends levelly, the sky at its end, and lined on one side with a few grand but much-altered houses. A block beyond again a small opening, Durham Hill, follows the slope, but stops abruptly in an arched opening in the porticoed back of an institutional building, the Royal Society of Arts. These are all that remain of one of mid-eighteenth century London’s largest single housing designs. 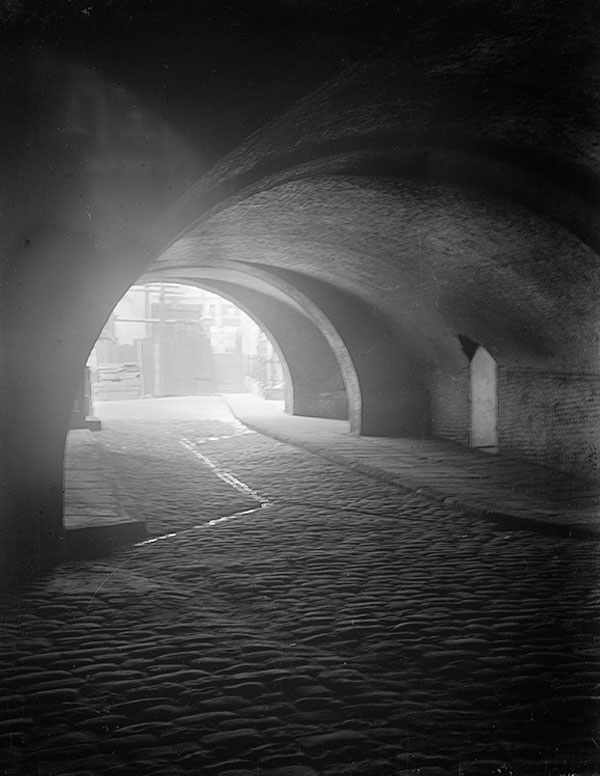