The development of housing layouts is initiated from at least two perspectives, that of design and that of demand. The latter is perhaps the most difficult to fathom, for while it may seem obvious that what is built is what is needed, many people’s housing wishes appear scarcely to be honoured by the housing market: generally speaking the properties on offer continue to be based on assumptions regarding the ‘standard household’, an entity that no longer exists.

In order to gain more insight into the demand aspect of housing layout development, and to discover the extent to which innovation in layout is initiated by what buyers want, we talked to property developer Edwin Oostmeijer. Despite the limited number of projects Oostmeijer has realized to date, his approach has already attracted attention at national level: in 2006 he was awarded a Gouden Piramide (Golden Pyramid), the annual prize awarded by the Dutch government for inspirational commissioning in architecture, urban design, landscape architecture and environmental planning. We talked to Oostmeijer at the site of one of his most recent projects, Ithaka, in the Homeruskwartier in Almere. 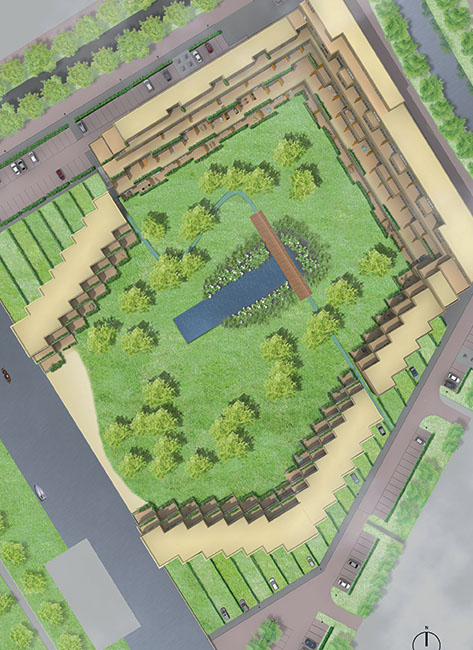