The Heritage of the Woonerf

When urban designer Niek de Boer coined the term woonerf in Emmen in the 1960s, he linked his new residential vision to a universally recognized concept: the erf (literally yard or estate), which resonated in the collective consciousness as the open area around a freestanding house or the versatile external spaces of a farmyard. Thus, even in its name, this urban planning innovation evoked nostalgic impressions of village life, where all manner of activities could take place outdoors and on the streets. From this perspective, the woonerf can be seen as a typically Dutch development, which was later imitated around the world. Conversely, it cannot be viewed in isolation from parallel and earlier international developments. In the quest for relaxed, green residential areas, there are obvious precedents to be found in Ebenezer Howard’s ideas about garden cities (Garden Cities of Tomorrow, 1902) and their application in England and the USA, and also in earlier philanthropic plans for ideal working-class neighbourhoods, such as the Agnetapark in Delft (1885). Here, the houses were fused into small farm-like volumes, grouped around communal green spaces. 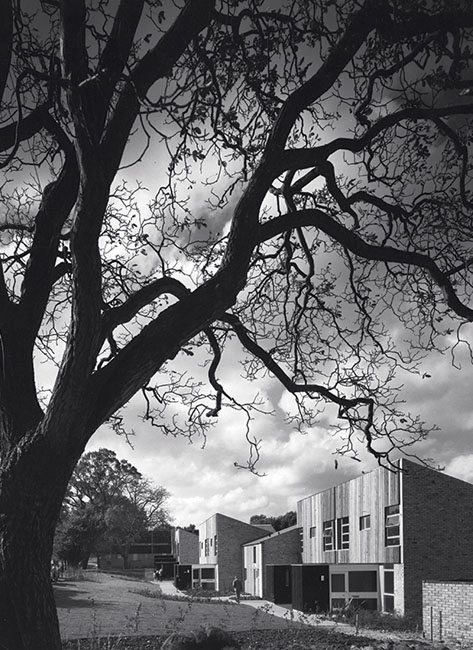