The Unfinished Search for the Ideal Woonerf

The woonerf (roughly equivalent to the ‘home zone’, a residential zone in which cyclists and pedestrians have priority over motorized traffic) first appeared on the scene during the 1970s, at two different locations in the Netherlands: in the refurbished streets of Delft and in Emmerhout, a new development on the outskirts of Emmen. These two examples provide the starting point for two woonerf story lines. The initiatives in Delft were prompted by nostalgia for communal street activities that had been lost as a result of increasing traffic pressure, while the new residential districts in Emmen reflected a tradition in modern urban development associated with a new concept of collectivity. From the outset, therefore, the woonerf had a double character, as an expression of progress and of a wistful longing for things past. 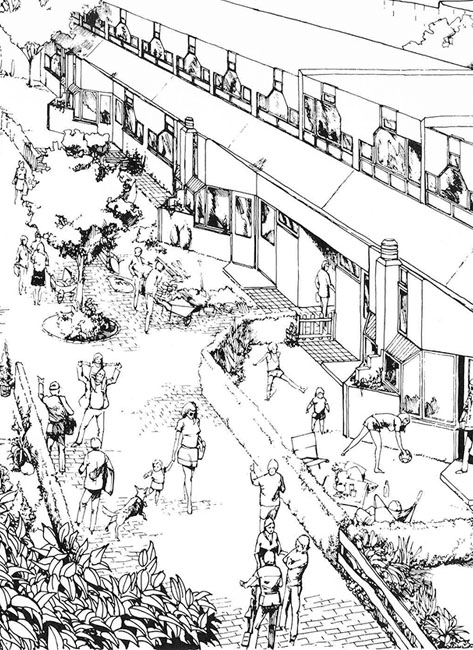