This chapter has the following structure:

–– TU Delft pilot for the food facilities in paragraph 7.1;

–– Pilot comparison and conclusion in paragraph 7.4.

Recall, that in step 5 alternatives are generated in two separate ways:

The mathematical models for the pilot studies have been built by the system engineer and the facilitator. The author had the role of the facilitator. The system engineer for the first pilot was Binnekamp, for the second pilot it was Valks with the aid of Barendse, and for the third pilot the system engineers were De Visser with the guidance of De Graaf. Valks and De Visser cooperated in this study as graduate students with the author as their main mentor and Binnekamp, Barendse and De Graaf as their second and/or third mentors.

In 1993 Monique was one of the first four graduate students of the Faculty of Architecture's Master track "Bouwmanagement & Vastgoedbeheer", the current department of Management in the Built Environment (MBE), at the Delft University of Technology. She graduated with distinction on ‘productivity and real estate, privacy and communication in offices’ at the "Rijksgebouwendienst" (Central Government Real Estate Agency). Her drive for real estate management lies in her focus on people and processes, which has guided her in her entire professional life.

She worked four years as consultant for Starke Diekstra / Arcadis and was involved in building projects in the Netherlands and the Netherlands Antilles. From 1998 to 2000 Monique was senior real estate consultant and partner of Diephuis Stevens, where she worked on projects ranging from 20 to 1000 workplaces with investments up to 50 million euros. During this period she obtained an Executive Master of Business Administration degree at TSM Business School (1998 – 2000). After working in practice for seven years, Monique travelled the world, and spent years in India, Brasil and La Gomera, Spain.

Monique is a passionate teacher and loves interactive teaching. She is responsible for the BSc (Bachelor) course on briefing (350+ students) and has coordinated the Real Estate Management MSc (Master) course for many years. Monique specializes in corporate real estate alignment and divides her work in three main areas: first and foremost her work is about a design and decision approach to CRE alignment.

Her aim is to enhance CRE alignment by combining heart and head, when designing corporate real estate solutions. Next to that, she worked amongst others with Chris Heywood from the University of Melbourne on a systematic comparison of CRE alignment models in theory. Together with colleagues and graduate students she studies how CRE alignment is done in practice.

From 2013 to 2018 she was head of the real estate management section at MBE. With professor Alexandra den Heijer, Monique leads the Campus Research Team. Next to her work on CRE alignment she has focused on alignment for municipal and educational real estate. During the last 10 years she coordinated and/or participated in the think tank ‘Envisioning the Faculty of the Future’ (2009), Campus vision 2030 TU Delft (2010), Ownership of museum real estate (2012), Campus NL (2016), Campus tools (2017 - ongoing), European campus (2019). Monique has published more than 30 journal papers and books and received an "Outstanding paper award" for the paper Designing a preference-based accommodation strategy: A pilot study at Delft University of Technology in 2016 from the Journal of Corporate Real Estate.

Besides TU Delft Monique regards CoreNet Global as her second work family. CoreNet Global is the world’s leading association for corporate real estate with more than 11.000 members. She served on the Global Board from 2015 to 2019 after being involved in the Benelux chapter board as member and chairwomen for many years. Recently, together with Jose Zwerink, Monique started the foundation We- Women-Cooperate (WWC), which strives for sustainable progress for Indian women. By connecting people, ideas & products, WWC brings affordable and sustainable energy to India, giving women room for economic development. 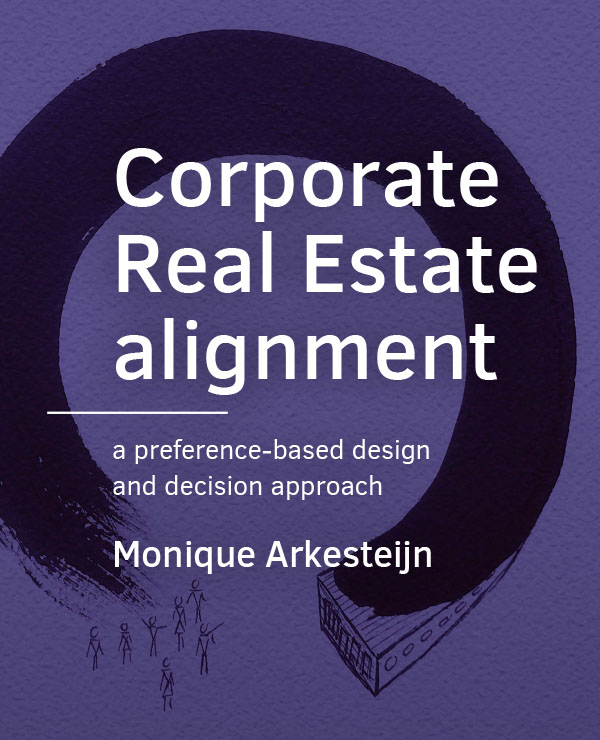