This research endeavoured to answer a set of questions related to how space in informal settlements is shaped by the everyday activities of its inhabitants, and how this understanding can help planners and designers provide better solutions for redevelopment or resettlement of citizens, by providing designs and strategies that are culturally sensitive and place-bound. It did so by conducting an ethnographic investigation that included years of participatory observation in two Brazilian favelas located in the Northeast of Brazil, since 2008, followed by a post-occupation analysis after the residents of one of the favelas studied were resettled into formal housing units in 2010, through a time-series analysis.

The main methodology used to analyse the data of the research, the extended case study method, has allowed me to connect the data collected in the field to broader questions of human habitat, unveiling the spatial needs of the most deprived groups of society. Thus, the finding of the importance of labour to housing the poor brought by this thesis to the study of informal settlements and housing is not only valid to Brazilian Favelas and its inhabitants but may be generalised to informal settlements and its residents all over the world, as both the findings and challenges of this research were contextualized with the challenges and deficiencies of housing and informal settlements of other countries in the Global South and were connected to fundamental and universal needs of the poor (Chapter 2-3-5-6).

The main question of this research was to understand if and how labor, together with other social practices, influence the design of spaces in informal settlements. I have concluded that labor is a fundamental category to understand how spaces in informal settlements are shaped, planned and governed. Labor, among other basic social practices, shapes spaces and ultimately dictates how informal settlements emerge, consolidate and interact with the rest of the city. I hoped to understand these aspects into both their theoretical, intellectual and practical dimensions, which I believe should be the aim of any research, particularly that performed by planners and architects because of the nature of their profession, which is meant to both observe and analyse how society and space interact in practice but also to frame and conceptualize ideas that will allow them to act in service of society by means of design and planning.

Hence, another issue tackled by this research refers to how architects must interact with those for whom they design for, in order to conjure spatial designs that dignify their ways of producing and using urban space. In other words, architects must understand how people make cities if they wish to help them make better cities. This has led to the following sub-research questions. Two questions that address the theoretical aspects of housing from a methodological perspective. The first refers on how the connections between social practices and space can be investigated in informal settlements. Thus it was seeked to interpret the spontaneous ordinary language of design of the spaces in favelas in a tool and an asset for architects and planners, unveiling new flexible spatial standards in informal settlements. Finally, the practice and responsibility of architects and planners facing such challenges were questioned with respect on how to address self-construction processes that emerge from the needs of residents.

Several conclusions were drawn by this research. First of all, the attributes that are currently used to define informal settlements do not address their entire complexity (Chapter 2). In fact, the lack of adequate construction and sanitation standards that are generally used to define slums are not sufficient to explain the spatial processes that were observed in the informal settlements studied in their complexity (Chapter 2).

Instead, this research has found that the everyday social practices of human beings producing, and populating space are of paramount importance (Chapter 1). These are practices related to residents’ self-esteem, intimacy, inhabitation of the dwelling, communal practices of solidarity, to self-reliance, to community ties in the sphere between private, public and shared spaces, to labor (Chapter 4). And from those everyday practices, labor practices are the most crucial. 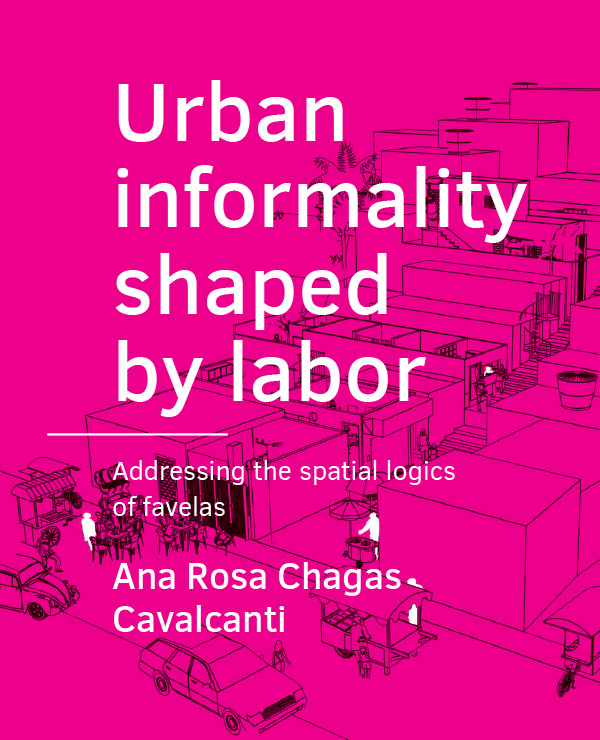