Glass Fibre Reinforced Concrete (GFRC) as a material has been developed over the last 50 years into the material it is today, using glass fibres for reinforcement, (1) (2) (3) (4). Since the development of GFRC, it has mostly been used as a cladding material for buildings as thin-wall GFRC panels. However, the history of thin-walled panels (reinforced with asbestos fibres) can be traced back to 1901, where Ludwig Hatschek (5) developed the method known today as the Hatschek Method (6). The product is better known as “Eternit”. However, the production method used asbestos fibres for reinforcement and due to their related health and safety issues (7), alternative fibre materials were sought such as glass fibres used in the yacht-building industry and were a suitable substitute. Thin-walled GFRC was very popular during the early days of its development and landmark buildings, such as the 30 Cannon Street building London, (formally Credit Lyonnais), by Whinney, Son & Austen Hall in 1974-7 (8), and the UOP Fragrance Factory in Tadworth UK, by Rogers and Piano in 1973-4 (9), were clad with this material. Thin-walled GFRC cladding in the 1980s and 1990 was being used predominately as decorative cladding (10), however, for the 2008 Expo in Zaragoza, Zaha Hadid Architects (ZHA) used thin-walled GFRC as cladding on the Expo bridge and for the 2010 world cup in South Africa, HOK architects designed the Soccer City stadium with thin-walled GFRC (11). Both projects utilized flat thin-walled GFRC panels, shown in Figure 1.1 and Figure 1.2. 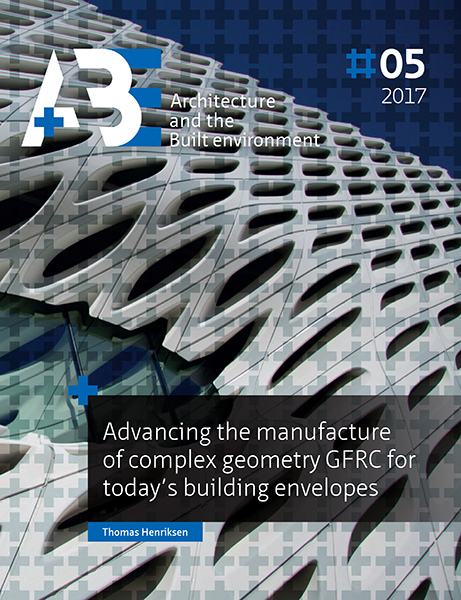 No. 5 (2017): Advancing the manufacture of complex geometry GFRC for today's building envelopes