Driven by these concerns, we especially focus on individual relocatees’ perceptions, experiences, and behaviours towards impending forced relocation and urban redevelopment. We highlight the ambivalence in the interactions between residents and neighbourhoods (people-place) as well as residents, local governments and developers, from a residential mobility perspective. Our research therefore aims to gain a deeper understanding of how forced relocation and urban redevelopment affect residents of declining neighbourhoods in Shenyang, in terms of their pre-relocation neighbourhood perceptions and behaviours.

This thesis is organized as followed. Chapter 1 is the introduction, which focuses on the research background, research aim and questions, research data and methods, and the history of urban (re)development of Shenyang. Chapter 2 provides a literature review on the experiences of residents, particularly the homeowners, during forced relocation in the Chinese context. This chapter is also the theoretical basis for the thesis, by identifying gaps in existing research and outlining the research questions for the following chapters. Chapter 3, 4 and 5 focus on the influence of Shantytown Redevelopment Programmes (SRPs) on the various dimensions of the perceptions and experiences of residents from declining neighbourhoods that are involved in the SRPs in the city of Shenyang. Chapter 3 investigates the evolution of the SRPs, related policies and the changing roles and interactions between the different stakeholders involved in SRPs, against changing macro-, social, economic and institutional contexts. Chapter 4 and 5 put the spotlight on individual residents’ experiences by specifically focusing on the people-place interactions with regard to place attachment and the ageing in place of older people. These two chapters also reveal the influence of the impending SRPs and impending forced relocation on the people-place interaction. The following section firstly summarizes the key findings of each chapter. A reflection on the research is presented in section 6.3. The last section outlines future directions for research and the policy implications. 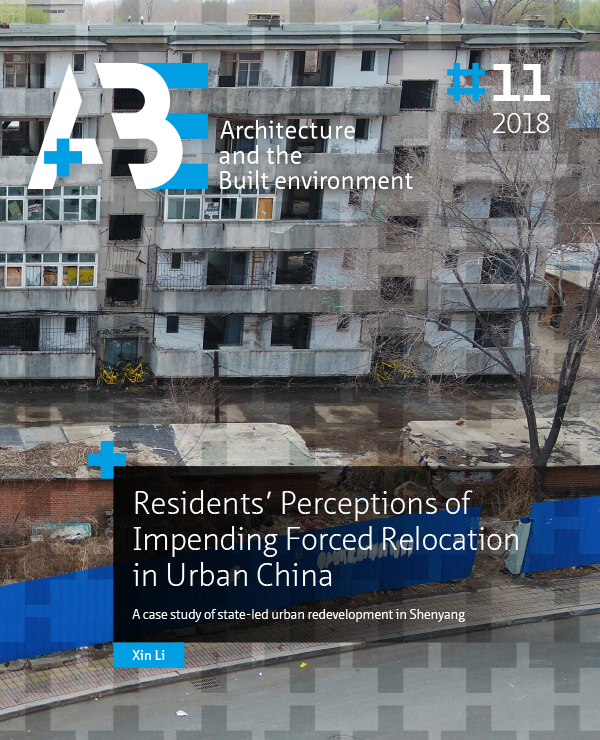 No. 11 (2018): Residents’ Perceptions of Impending Forced Relocation in Urban China