Two sources of data were used: the SHAERE database and the actual heating energy consumption data from Statistics Netherlands. SHAERE is a monitoring database of the energy performance of the non-profit housing stock in the Netherlands. This monitor became operational in 2010 and contains information about the energy performance of the Dutch non-profit housing sector (circa 1.2 million dwellings). Housing associations report their stock to Aedes (the umbrella organization of housing associations) at the beginning of each calendar year accounting for the previous year (e.g., in January 2014 reporting for 2013). They report the energy status of their whole dwelling stock, every year, using the Vabi Assets software, whose basis is the Dutch energy labelling methodology (ISSO, 2009). The data comprise of thermo-physical characteristics (thermal transmittance [U-value] and thermal resistance [Rc-value] values of the envelope elements, the typology of dwellings, the year of construction, etc.), heating and ventilation installations, theoretical energy consumption, CO2 emissions, the average EI (Energy Index) and more. The variables are categorized per dwelling (microdata). A considerable part of the non-profit housing stock is included in SHAERE – the response rate is more than 50% of the population, each year. The actual energy consumption data from Statistics Netherlands are collected, annually, from energy companies since 2009 (Majcen 2016). The companies report the billing data, which are calculated on the basis of the dwellings’ meter readings annually. The datasets include values of gas and electricity use. The existence of district heating is also included without, however, values of heat used, due to the lack of individual meters. The data are collected on a dwelling level based on the address, which is encrypted.

The first part of this thesis (Chapter 2), used SHAERE database to examine the current energy efficiency state of the non-profit housing sector. Descriptive statistics where used to show the distribution of the thermo-physical characteristics of the stock, heating and ventilation installations and theoretical and actual heating energy consumption. This first part established the background knowledge needed to further analyse the energy renovation rate of the non-profit housing.

Further, the objective, presented in Chapter 3, was to determine the energy renovation rate in the Dutch non-profit housing sector over the years 2010 - 2014. We presented an analysis of the trends of the energy improvement rate through these years, for both the whole period and also the annual values. The data used derived from SHAERE, the official tool for monitoring progress in the field of energy saving measures for the non-profit housing sector in the Netherlands. The study consisted of longitudinal data analysis using variables from the monitoring system – namely the EI and the energy labels.

After establishing the energy renovation rate of the stock, we identified the energy improvements implemented in the non-profit housing sector in the Netherlands and assess their impact on the energy performance of the dwellings. We used longitudinal data and analysed the improvements of the stock for a three years’ period, namely from ultimo 2010 to ultimo 2013, based on seven different dwelling characteristics and systems. We were able to track accurately the energy improvements applied in the non-profit housing and analyse their impact on the EI for this period. The main outcome of Chapter 4 is that there are many improvements applied, but that they are too small to attain the ambitious national goal of an average EI of 1.25 in 2020.

Having gained valuable information and experience when tracking the energy performance changes of the stock, in Chapter 6 we dealt with the estimation and prediction of future renovation rates. The accurate prediction of renovation rates can expedite the process towards emission-neutrality of the stock and assist in the design and implementation of energy efficiency policies. Using dynamic building stock modelling and statistical analyses of empirical data (SHAERE database) we predicted the energy renovation rates of the non-profit housing stock until 2050.

The following sections present the conclusions and recommendations drawn from this research. Section 7.2 replies to the research questions set in the Introduction Chapter 1 of this thesis. Section 7.3 sums up the conclusions of this research. Section 7.4 brings attention to issues of data quality and monitoring as lessons learned during the realization of the research study. Sections 7.5 and 7.6 present recommendations for further research and final remarks. 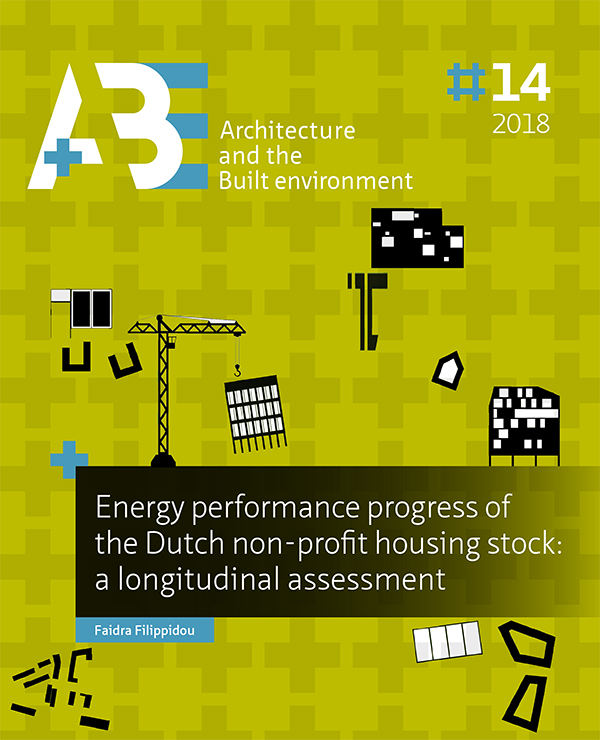