In the Netherlands awareness regarding the Urban Heat Island (UHI) was raised relatively recently. Because of this recent understanding, there is a lack of consistent urban micro-meteorological measurements to allow a conventional UHI assessment of Dutch cities during heat waves. This paper argues that it is possible to retrieve relevant UHI information – including adaptation guidelines – from satellite imagery.

The paper comprises three parts. The first part consists of a study of suited indicators to identify urban heat islands from which a method is presented based on ground heat flux mapping. The second part proposes heat mitigation strategies and identifies the areas where these strategies could be applied within the hotspots identified in the cities of The Hague, Delft, Leiden, Gouda, Utrecht and Den Bosch. The third part estimates the reduction of urban heat generated by the increase of roof albedo in the hotspots of the six cities. The six cities hotspots are located within the boundaries of the 17th century city centres. In order to avoid interference with cultural values of these historical environments most likely UHI mitigation measures regard improving the thermal behaviour of the city roofs. For instance, applying white coatings on bitumen flat roofs (or replacing them by white single-ply membranes) and replacing sloped roof clay tiles by coloured tiles with cool pigments can reduce the urban heat hotspots by approximately 1.5°C. 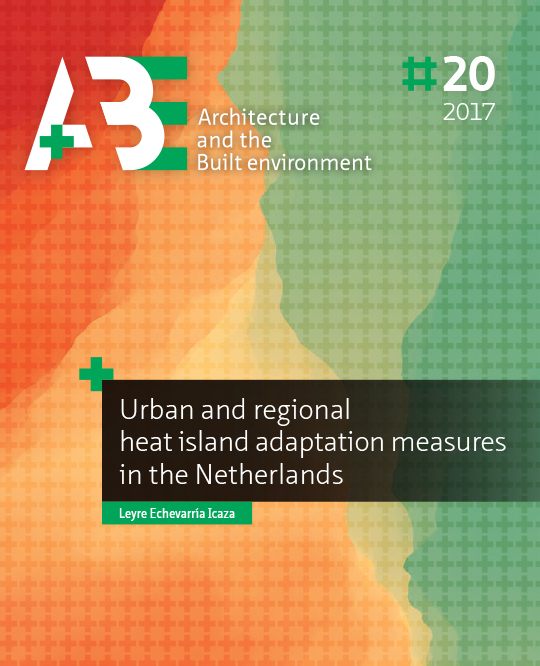 No. 20 (2017): Urban and regional heat island adaptation measures in the Netherlands