In the spring of 2018, builders completed a striking new urban block in Berlin-Kreuzberg, directly opposite the Jewish Museum Berlin. The building is at right angles to the prestigious Lindenstrasse and next to the auction hall of the former Blumengrossmarkt (Wholesale Flower Market).

The robust mass is five storeys high, 22.5 m wide and more than 100 m long. The architecture effortlessly connects the vocabulary of a residential building with that of a work building: a strong hybrid. The long sides of the building largely consist of glazed brickwork surfaces with deeply recessed, repetitive fronts. Its two ends have a sculptural urban quality. In the elongated southern façade, the brickwork is alternated with protruding balconies that emphasize the horizontality of the façade. The remarkably transparent base of the building allows for public-oriented functions.

Franz Ziegler is an architect and urbanist and co-founder of Ziegler|Branderhorst urbanism and architecture in Rotterdam. The work of his firm covers multiple levels of scale and complexity of programmes. Franz Ziegler teaches at the Rotterdam and Maastricht Academies of Architecture. He was a member of the Spatial Quality Advisory Board for the city of Haarlem. 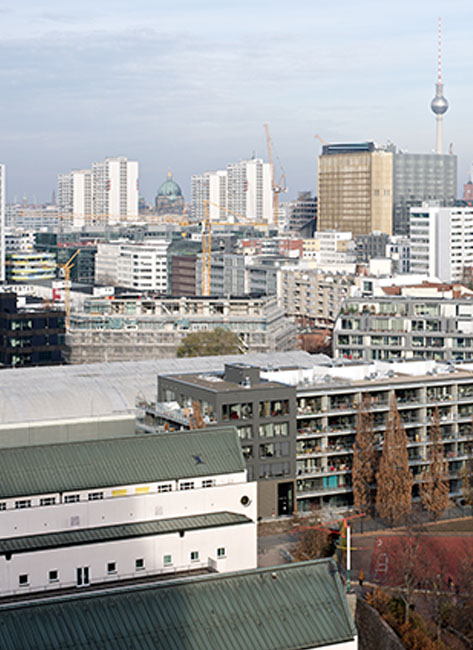