The Art of the Corner

The Studios of Amsterdam-Zuid

In the twentieth century, the development of Amsterdam was marked by important moments of change. These moments are still visible as sudden transitions in the year rings of the concentrically grown city. The first transformative moment can be deduced from the year rings created around 1920. The nineteenth- and early twentieth-century extensions of the city were based on the existing rural polder structures. This changed drastically in the 1920s as the new extensions replaced the old landscape patterns with a formal and autonomous composition of lanes, streets, squares and canals. The change was made visible for the first time in Plan Zuid, H.P. Berlage’s famous urban development plan, which took its final shape following a series of design proposals in 1915.1 The second transformation took place about 20 years later, when the closed city blocks with a diversity of functions that defined the lanes and streets of Berlage’s plan were replaced by individual buildings, each with a specific function and free-standing in a continuous open space, most clearly articulated in Cornelis van Eesteren’s Algemeen Uitbreidingsplan (AUP).

The way in which the artist’s studio, as a special variety of a combined living and working space, is incorporated and represented in the buildings in these different periods is exceptionally illustrative of the radical changes in the relationship between urban structure, architecture and programmes over time. 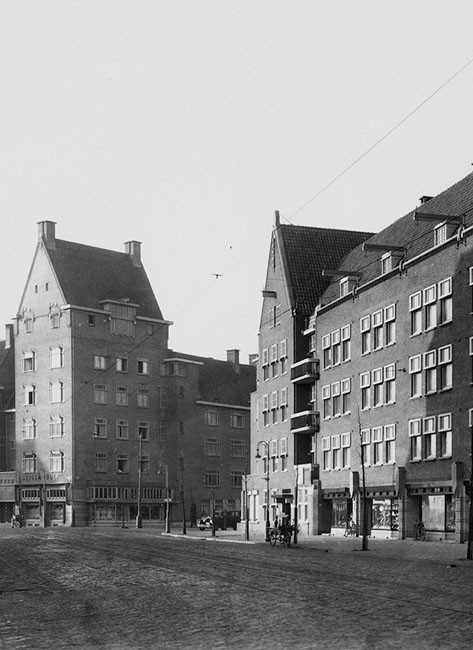