Angola was at war from 1961 to 2002. First, there was the Angolan War of Independence (1961-1974), then, after the country’s independence from the colonial rule of the Portuguese, a Civil War ensued in 1975 that lasted until 2002. In both cases, the conflicts mainly took place in the rural countryside, thwarting the development of proper social and physical infrastructure. These factors, combined with the widespread shortage of opportunities to generate income, triggered a steady and determined migration of millions of people from the countryside to the main cities, which prevails to this day. In effect, the housing shortage in the main cities increased rapidly; the official estimates mention a housing backlog of close to 2 million housing units.

Fuelled by the economic boost generated by the oil revenues in the post-Civil War period, the government promoted new housing policies to try to reduce the housing backlog. The political interest in the housing issue became conspicuous during the campaign for the 2008 general elections. Indeed, José Eduardo dos Santos, the longstanding president of Angola, promised to build a million houses in the next five years (from 2008 until 2012). Halfway through this period, the national housing programme was renamed Meu Sonho Minha Casa (My Dream My House) in 2010. The government’s policies appointed four main actors and development agents to promote urban renewal operations in existing informal settlements and the construction of new housing districts all over the country. Indeed, the government suggested the public sector would deliver 11.5 per cent of the houses needed, public/private partnerships would develop 12 per cent, the cooperatives would be in charge of 8 per cent and the outstanding stock (68.5 per cent) would be produced through assisted self-help initiatives. 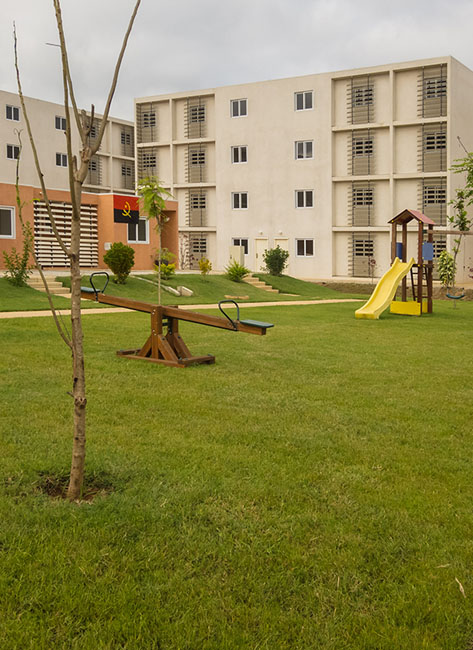