In 1964 Charles Correa, Pravina Mehta and Shirish Patel proposed a radical plan to restructure Mumbai (then Bombay) by developing land across the harbour to accommodate the city’s growing population. Now known as Navi Mumbai, this planned city for 2 million people was built to redirect some of the migration away from Mumbai and help shift the axis of growth in the old city from a monocentric north-south one, to a polycentric urban network around the bay. This, they hoped, would help distribute people and jobs more evenly. But apart from its planning ideals, Navi Mumbai is also well known for its experiments in mass housing. Along with Correa’s Incremental Housing in Belapur (a district in Navi Mumbai), the CIDCO Housing built by the Delhi-based architect Raj Rewal was seen as an answer to the enormous challenge of generating a viable habitat for high-density communities at low cost.

In 1988, the City and Industrial Development Corporation (CIDCO) invited Raj Rewal to develop plans for units of lowcost housing in Belapur. The complex brief called for the design and construction of over a 1,000 units on a hill-side site close to the city’s Central Business District. 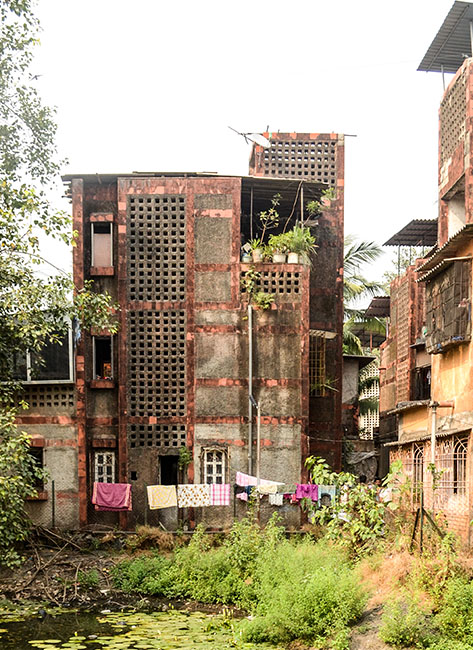