Shushtar New Town is one of the most well-known housing projects in contemporary Iranian architecture. Located close to the ancient city of Shushtar in the southwest of Iran, Shushtar New Town follows the traditional urban pattern of Iranian cities with an interwoven urban fabric and (mud)brick as construction material. The project was designed by Kamran Diba in 1972 and planned in five stages, to be completed in 1985. Construction started in 1976 and most of the first phase, which was planned to function as an autonomous unit and to accommodate about 4,200 inhabitants, was completed in 1978. While Shustar New Town was intended to house 30,000 workers of the Karun Agro Industry (major sugar cane and production industry), due to the Islamic revolution of 1979 the project was not completely implemented and only another small part of it was constructed between 1980 and 1985.

On account of the sudden increase in oil revenues in the 1970s, the Iranian Ministry of Housing stimulated different organizations to provide housing for their employees. To achieve this goal, industrial construction systems were taken into consideration. This trend was welcomed by the Westernoriented architects at that time, although this notion neglected local materials and labours, imposed a different lifestyle and ignored the inhabitants’ cultural and social particularities. With the assignment for designing Shustar New Town, Diba took the opportunity to resist these modern concepts and designed a regionally-inspired housing scheme. 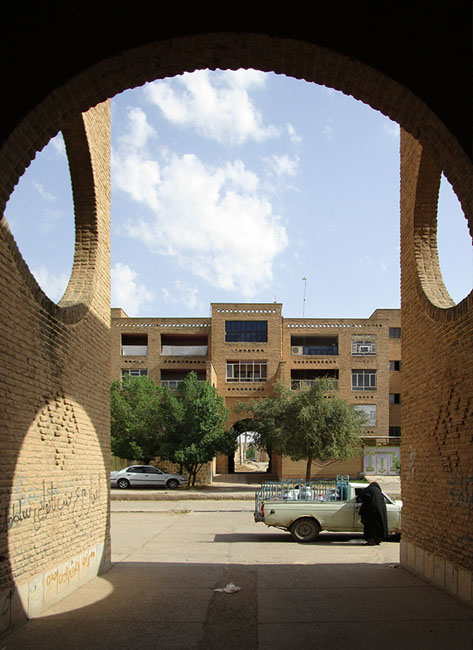