In 2004, the Integrated Housing Development Programme (IHDP) was introduced in Addis Ababa, Ethiopia, to reduce the overwhelming housing backlog estimated at about 300,000 housing units and to replace 50 per cent of the dilapidated housing stock. The programme, also known as the ‘Grand Housing Programme’ (GHP), was initiated by the then mayor Arkebe Oqubay and had the ambitious goal of building 50,000 housing units per year.

DASH interviewed Tsedale Mamo, the most important figure during the execution of the project in the early days. Mrs Tsedale is an Ethiopian Architect educated at Addis Ababa University and the University of Technology in Helsinki, Finland, who was the manager of the GHP from 2005 until 2010. She was responsible for overseeing both the design work in the IHDP offices and the implementations on site. 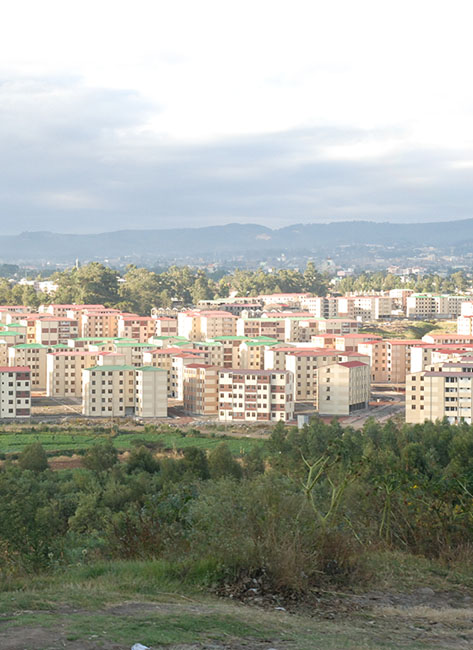