The search for new models for affordable housing in the world’s growing cities has never been more urgent. Good, inexpensive housing is needed to confront the challenges of urban segregation, and to make it possible for those with little or no means to access and inhabit the cities that have the promise of providing a better future. India has been addressing these issues since its independence in 1947, resulting in a series of housing design experiments that can still inspire, but also clearly demonstrate the near impossibility of finding successful and lasting solutions.

Despite India’s recent economic success, the state’s inability to actively and effectively deal with the country’s rapid urbanization have led to megacities such as Mumbai and New Delhi that threaten to succumb to the unrelenting pressures of distress migration. At the same time, there has been an exponential rise in the number of smaller cities growing at an even faster rate than the large metropolises. Still a predominantly rural society with only about 30 per cent of its entire population living in urban areas (about 410 million people),1 India is expected to add an additional 500 million people to its cities by the year 2050.2 As urban India surges forward, construction and planning have been unable to keep up with demand, leading to a situation where large informal settlements or slums have become an inevitable consequence of this rapid growth. Today, in India, the enormous task of providing housing for new migrants as well as improving the conditions of those living in the already existing self-built informal settlements has never been more acute. 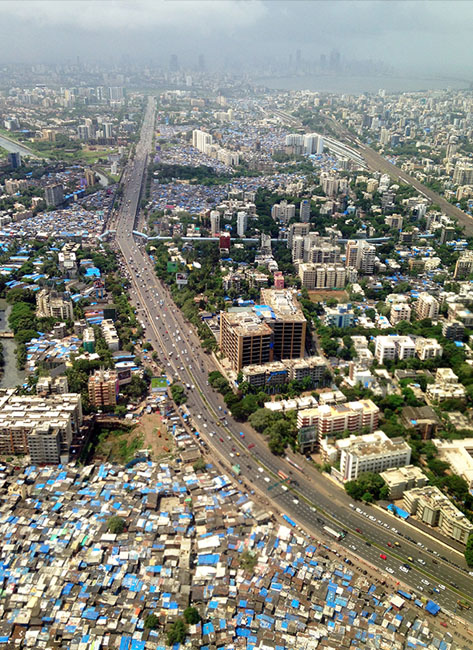