We started building our Zome in 1971 and had it up in 1972. Holly and our children, Audrey and José, and I lived on the site in a school bus during construction. I think it is finished now – 40 years later it certainly looks better and feels warmer than before.

Our Zome is a cluster of eleven exploded rhombic dodecahedra. The rhombic dodecahedron is the shape of the garnet crystal and the cell of a beehive. It has, instead of the cubes’ three zones, four zones and its floor plan is a tiling of hexagons instead of rectangles. Hexagons have three zones, forming in pairs six-sided figures. The zones are different lengths making different size rooms. The fourth zone is vertical, forming the walls. The rhombic dodecahedra are exploded to round them; we softened them by adding facets. They are intended to resemble fused soap bubbles which also meet with 120° angles. All matters of this geometry are covered in the Dome Cook Book that I published in 1968. 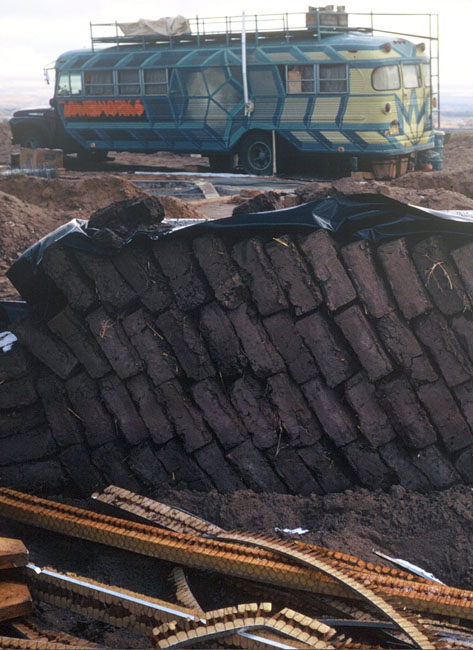