During and right after Second World War, the US architectural discourse was focused on experimentation in design and production. Overwhelmed by material shortages and wary of the capacity of the existing housing stock to absorb the return of soldiers and their anticipated new families, architects, planners and journalists sought new means through which design practice could engage an array of social, political and economic issues as the end of the war was anticipated.

A number of recent publications have addressed the dynamism of this wartime and immediate post-war discourse. Harry Francis Mallgrave set the stage in his survey Modern Architectural Theory, of 2005, where he wrote, regarding the period surrounding Second World War: ‘American architectural theory during these years has been little studied and appreciated, and indeed this period is often characterized as one of little innovation or serious architectural deliberation. The documents of the day, however, reveal a different story. The critical literature relating to the practice of architecture in the postwar years in fact far exceeds – in both quantity and sophistication – anything produced in any comparable period prior to the war

Daniel A. Barber is associate professor of architecture at the University of Pennsylvania Weitzman School of Design. He is the author of A House in the Sun: Modern Architecture and Solar Energy in the Cold War. He lives in Philadelphia. 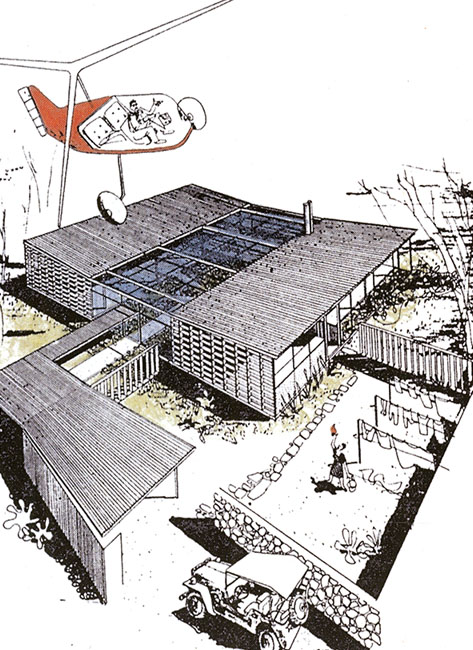