In the period between the two World Wars, architect Paul Schmitthenner1 was a leading figure in the German ‘New Tradition’2 and instrumental in the establishment of the Stuttgart School. Alongside Bauhaus in Weimar and Dessau, it was the most influential German school of architecture of its day. It was formed in opposition to the avant-garde and fostered the concepts of building using crafts techniques and natural materials. Schmitthenner has appeared in a number of important discourses on modern architecture with some interesting suggestions. Strange but true; his prefabricated housing system, which has now fallen into obscurity, outdid the famous Törten estates close to Dessau designed by Walter Gropius in both cost and speed of assembly. In 1933, Schmitthenner made an agreement with the Nazis and attempted to bring the existing Prussian structures for the formal training of future architects under his control. Following the project’s failure, he distanced himself from the regime and developed a subtle critique of the gigantism of Albert Speer’s official plans.

In order to provide us with some context, here are two quotes about Schmitthenner from the 1920s and 1930s: ‘Though an outspoken enemy of Die Neue Sachlichkeit Schmitthenner claims modernity. His houses are sound, well-proportioned but uninspired adaptations of the vernacular of the early 19th century . . . His larger buildings are in a half-modern tasteful style, better really than much work in Germany, more modern in intention.’3 This is a characterization of Schmitthenner’s position as voiced in 1933 by none other than Philipp Johnson. But these are not the words of the postmodern Johnson we know from the end of the twentieth century, but from a young Johnson who in 1932 held an epochal exhibition at the MoMA in New York together with Henry-Russell Hitchcock, defining what would go down in history as the International Style. 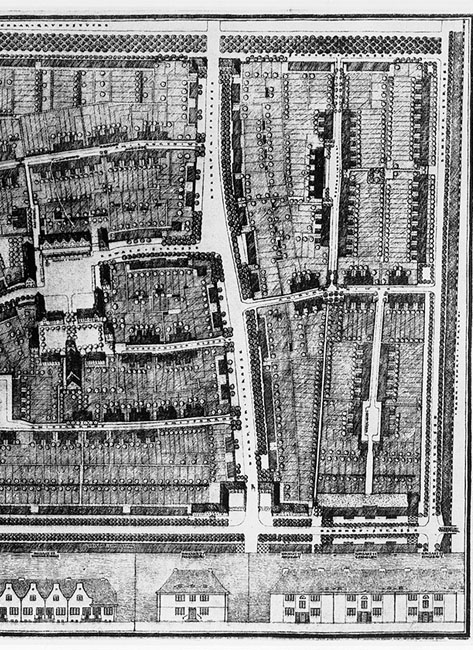