Marks - A Leporello for the Binckhorst forgotten monuments

A Leporello for the Binckhorst forgotten monuments

Inspired by Robert Smithson’s “A tour of the monuments of Passaic, New Jersey” (1967) we started our wander through Binckhorst. As Passaic, Binckhorst appears as a post-industrial area in the boundaries of a mayor city (Passaic of New York, and Binckhorst of The Hague); reason to pick the perspective of the artist on his hometown as our theoretical backbone.

We wandered looking for the stories first unseen to the naked eye. We looked for marks that proved the autochthonous inhabitant of Binckhorst, and the ruins that are the trace of an industrial past shifting to a service based and housing area. Our monuments are rather unconventional, Mac and Donna, The Angry Lady, Crossfit Ninjas, they are examples of the stories that, after widening our perspective on the area and being sensible to it, we discovered.

We were particularly amazed by the openness, freedom and informality in relations and movement in this area of The Hague.

The following are extracts of the work, on the description of the monuments that caught our attention in Binckhorst. 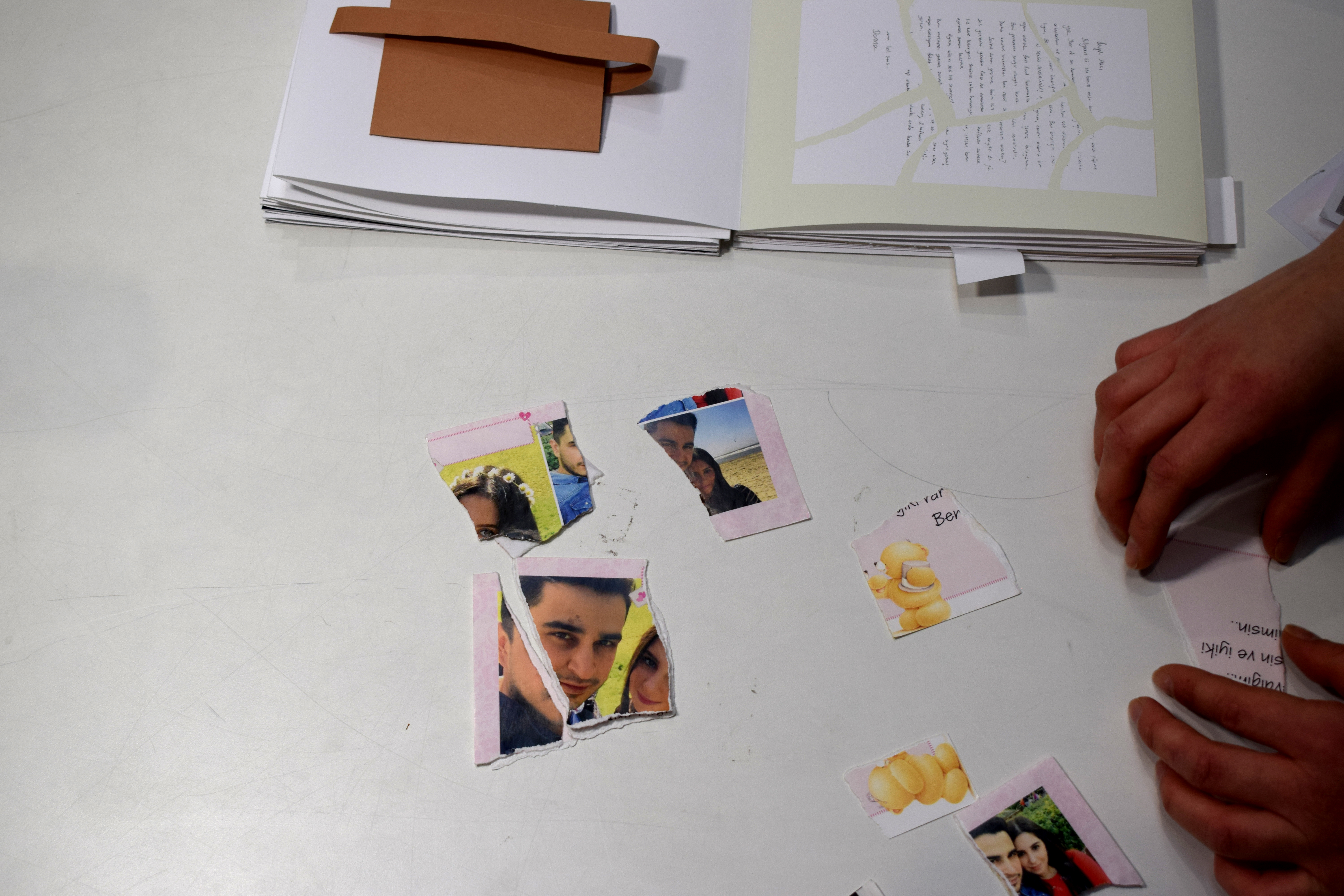 “Ninjas originated in the mountains of Japan over 800 years ago as practitioners of ninjutsu, a martial art sometimes called “the art of stealth” or “the art of invisibility” They often served as military spies and were trained in disguise, geography, meteorology, medicine, and also other martial arts” (Merriam-Webster, 2018).

The billboard was placed behind the Rotterdamsebaan Treffpunkt so only other ninjas can see it, hidden, in the gloom of the Binckhorst. Before, only ninjas met, secretly. Now, all crossfitters from The Hague goes to train with the ninjas, and it is well known that crossfitters love to talk about doing crossfit. More and more people will come and the ninjas will no longer have their secret lair to practice the art of stealth.

She was angry. She started yelling at us, in Dutch. We were afraid of what it would be, but politely asked for the English translation… “What were you looking for there? Why did you leave the door unlocked?”

“It was open, just like it is now.” we replied. She was still angry. “You should have locked the door behind you!” We did not think that the area should be protected (And there was no lock). What was she afraid of?

We didn’t find anything precious or suspicious on the place, just some dirt by the entrance and energy drinks cans.

Before entering the car repair area, cars are separated into Female and Male. The genders of the cars are unknown by the naked eye, but specialists can easily recognize their gender.

Like horses, cars also retire. Carrying the weight of countless distances covered, cars get tired and their owners, caring for their well being take them to the Binckhorst to rest until the end of their lives. Although, where is the profit of having cars storaged? The owners of the car repair shops and garages accept cars on one condition, to own the foals that the cars will mate in exchange of their service. Owners, not having enough space in the city, accept these terms.

The garage owners and car repair shops owners proudly exhibit the foals, product of old cars, the foal of a stallion sometimes pops up; “an old Cadillac” they call it. The Binckhorst is an area of (re)production, taking advantage of the openness of its urban fields.