The burden of cancer, leading cause of death in developed countries, is increasing due to population aging and growth. In the general population there are higher mortality rates in winter than in summer. This study investigates seasonal changes in cancer mortalities (lung and breast cancer) in the Dutch population (1996-2016) and whether mortality in winter is correlated more with average temperatures, or more with influenza incidence. Results showed that temperature changes and higher influenza incidence in winter are associated with higher mortality rates. This was not seen in patients with lung and breast cancer, but it is important to address. 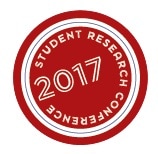