Between The Sea And Giants: The Case on Nature- Based Solutions along the Flemish Coast 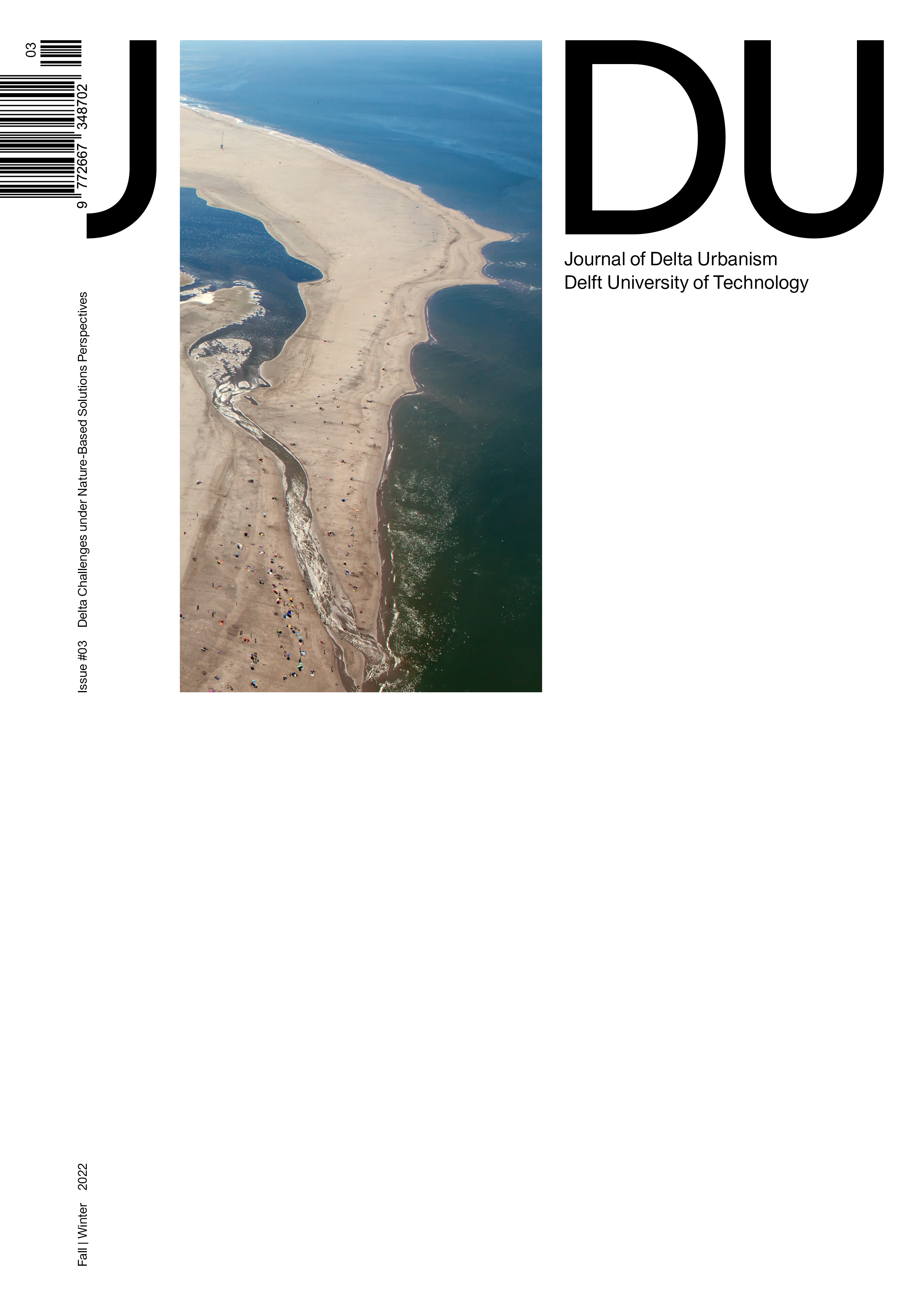 The Belgian coastline is 65 kilometres, has 15 coastal towns and, like many of its North-Sea neighbours, experiences the volatile dynamics of sea level rise and raised demand for effective coastal safety measures. Today, we are seeing the consequences of hard and grey infrastructural solutions which solely address the concerns of coastal safety in a majority technical way. Along the Belgian coast, exists an array of sea walls, dikes, and beaches along a traditional sweeping concrete surface delineating the edge between land and sea. Through the perspective of Nature Based Solutions (NBS) this paper will unpack how NBS has been planned and implemented across three of the Belgian coastal towns Bankenberge, Middelkerke and Ostend. These three Flemish pilots are representative for the typical coastal conditions of a dense urban frontage along concrete boulevards, substantiating the edge condition to the sand and sea. The pilots are a showcase of how NBS can acts as a performative buffer, or interface, between the urban edge and the sea, between the sea and giants.