The thesis aimed to develop strategies to increase resilience in Brazilian metropolises. Resilience is currently a trendy concept in urban planning, and is appealing due to its capacity to deal with uncertainty as well as complex systems comprised of people and nature (Eraydın & Taşan-Kok, 2013; Folke et al., 2004). Nevertheless, resilience is a broad concept that is at risk of becoming just another buzzword (Davoudi et al., 2012). To avoid this pitfall, the thesis attempted to contribute to one specific aspect of resilience, that of self-organisation, based on the resilience thinking in urban planning framework (Eraydın & Taşan-Kok, 2013). The capacity of a system to self-organise is indeed fundamental for resilience, but it becomes quite challenging to promote selforganisation in a spatially fragmented urban system. While the two phenomena seem incompatible, many fragmented cities in the Global South have witnessed the rise of self-organised initiatives, including Brazilian metropolises. The contradiction between self-organisation and spatial fragmentation triggered an interest in taking a closer look at the relationship between the two phenomena.

During the thesis research, it became clear that the spatial fragmentation of Brazilian metropolises goes beyond the disconnection of physical spaces. It also depends on the degree of social disconnection imbedded in the socioeconomic inequality of the country. Connecting spaces in Brazilian metropolises does not mean that new social connections will be created between disconnected groups. Creating good-quality public space between a gated community and an informal settlement is not sufficient to connect the people from each environment. Even great quality urban design is not sufficient on its own to break down the social walls between groups with strong socioeconomic inequalities. Walls in Brazilian metropolises are not only physical but also social.

The thesis reveals that self-organised initiatives can be very effective in fostering social connections and increasing the level of integration in such contexts of inequality. The premise of the thesis was that urban planning can play a role in promoting resilience in fragmented and unequal cities of the Global South by incorporating the work of selforganised initiatives. With this in mind, the recommendations presented here focus on the improvement of urban planning strategies to incorporate the positive elements of self-organised initiatives when working in fragmented and unequal urban contexts. The responses to the research questions move in the direction of providing tools to understand the two phenomena and their relationship with urban planning. 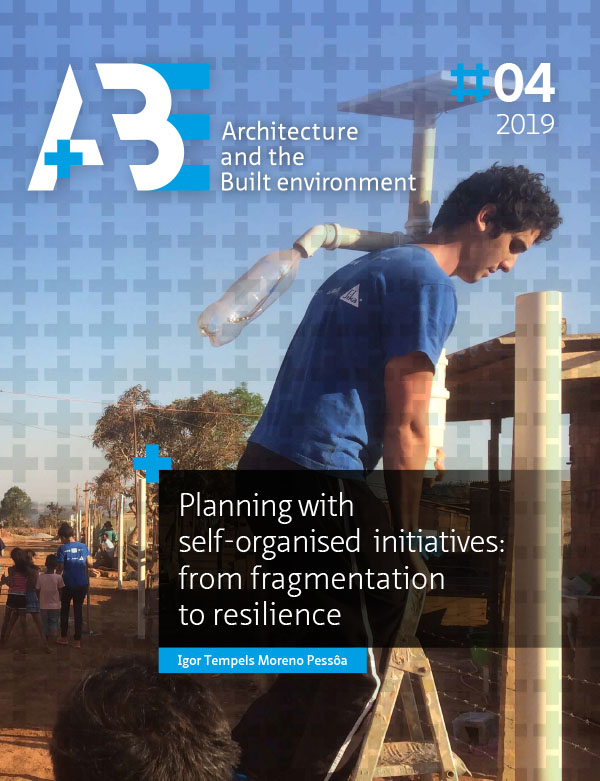